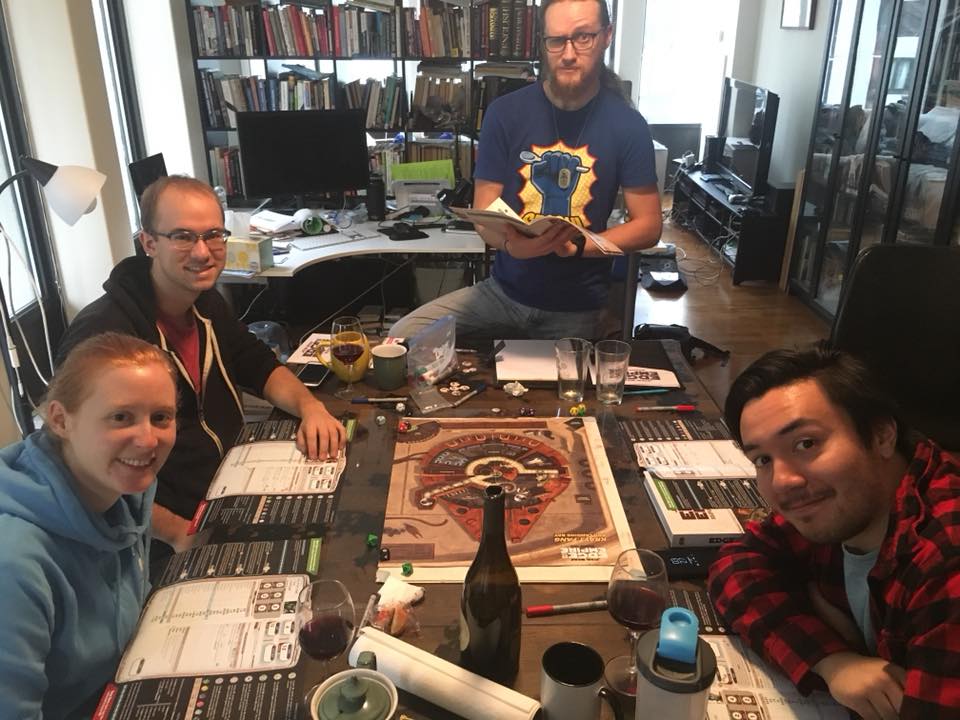 Whether you are a Dungeon Master (DM), Game Master (GM), Keeper of Arcane Lore (Keeper) or a Story Teller, creating a new world/universe with a group of friends, through Roleplaying Games can be an amazing thing to behold.

Why am I telling you about RPGs? I’ve been playing over 30 years, and have tried at least 42 different systems (with additional 30 different versions/editions/variants of all those games). I have kickstarted about nine of these games. Each one has taught something.

I often end up running sessions more than playing, as I’ve usually formed the RPG group from a mixture of “Semi Retired players” and newbies. I’m writing this blog for  “leadership development” to help players run their first sessions, which allows me to play.

This blog post is for three first time Storytellers Stephanie, Adrian and Bill.

You are a Story Teller, first and foremost.

I have broken this down into several sections:

Together you and the players weave a tale

Make it as simply as possible. Use everything from published works, I suggest not creating your own scenario at first. Search for online beginning kits. Watch others doing it. 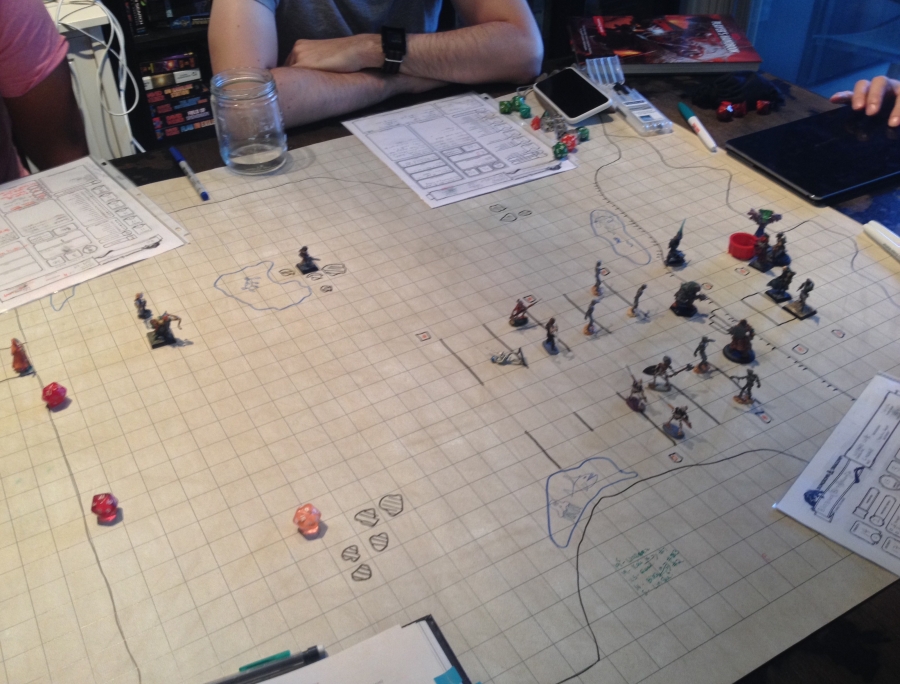 Read the scenario multiple times, when it references rulebook, bookmark them in the rulebook. Read as many examples of how the rules are applied as you can. If you have time play through the scenario on your own.

For your first time, start with published scenarios and pre gen characters

Understanding where people are

Ensure all players get to be the key to success

You will make mistakes, accept them and learn from them

Be flexible and improvise

It is not GM versus players

Use Common Sense first. The scenario might not include a light switch, yet you know there is one. Rules are there to help guide you, keep you consistent not control you

Advice from other GMs on your first Session

Dan Murnaghan Be ready to change things at a moments notice! The best laid plans can and will be subverted by your players!

Paul Doerfling “No plan survives first contact with the enemy.” – Moltke. Your players will do unexpected things. The best DMs learn how to roll with it and use it as a springboard for consequences and new adventures. Also, ask players what they think is going on. Then steal the most interesting ideas and weave them into your game.

Work with players on expectations for the game. If they expect a light-hearted dungeon romp and you give them political drama or horror, no one is going to have a good time.

Jack Graham Don’t be too in love with your own storylines. Adapt to what the players think is fun. (Don’t be too in love with the storylines in the published thing you’re running, either. I once ran _Masks of Nyarlathotep_, often considered one of the best published campaigns of all time, and it ended up sucking because I didn’t bend the storyline enough to make it fun for my group).

Tim Rudloff 1st session advice: expect things to go wrong. Memorable debacles can be just as fun as triumphant victories. Be ready to laugh at your own mistakes. Listen to what your players want. Make things up as you go.

Lachlan Harman “I need to pee” = “How did they get HERE?! I need a moment to figure out WTF I’m gonna do now”

Justin Birt Have one random encounter planned out in case things go short or go wrong.

Keeth Ar Ostrich-Watsun This would have to be adapted a bit for the genre, but I find this pretty inspiring and pared down to the essentials: https://www.youtube.com/watch?v=zTD2RZz6mlo

Lonnie Harris If you’re running a one shot: Try to run it like a convention game. Keep to a time limit. Feel free to move the story forward if they get too bogged down. Make some prep sheets on the obvious gear they carry so they know what stuff does without having to stop and look at the rule book every five minutes.

If you’re running a campaign: Most everything up there except for the time limit. Also have a Session Zero and take copious notes for plot hooks. Make general objectives and/or cool scenario ideas, but don’t flesh them out much beyond some basic encounters/objectives, because all that work just sits if the dumb bunnies go to Venus instead of Mars.

Patrick Fisher Have a session 0 for character building/world building. Saves a lot of hassle and gets everyone excited to be part of the collected story

Cory Vincent Your players will go off your rails. They will do things in ways you didnt plan. It is up to you to reward creativity, punish stupidity, and be ready to go with one or two extra “there was nothing here but you made it a big deal so heres a bossfight”

Become good at setting the scene

The players understand from you what the world looks like, feels like, smells like, sounds like.  That is a lot of description. Practice and put the important description on cards. Practice the descriptions. Do not deliver in a monotone.

Use all the senses 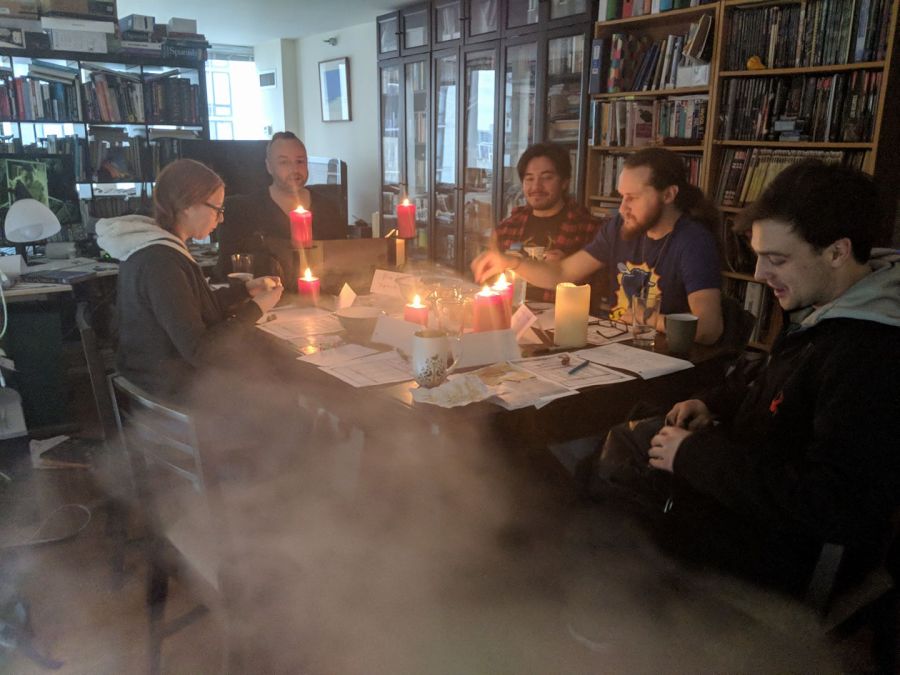 Most core rulebooks for each system will have a section on how to write a scenarios. Read it. They often will describe the themes of the system and how to show them.

To start my own, sometimes I draw a map and ideas come to me. Other times I will have a plot or idea and I will build it out.  Sometimes in a session players will suggest a plot idea that may not apply but would be good to use later, so take notes.

Copy the format of a published scenario

This will help you not miss anything. The order may differ depending on how the idea emerged, but here is a rough draft on how to put together a scenario: 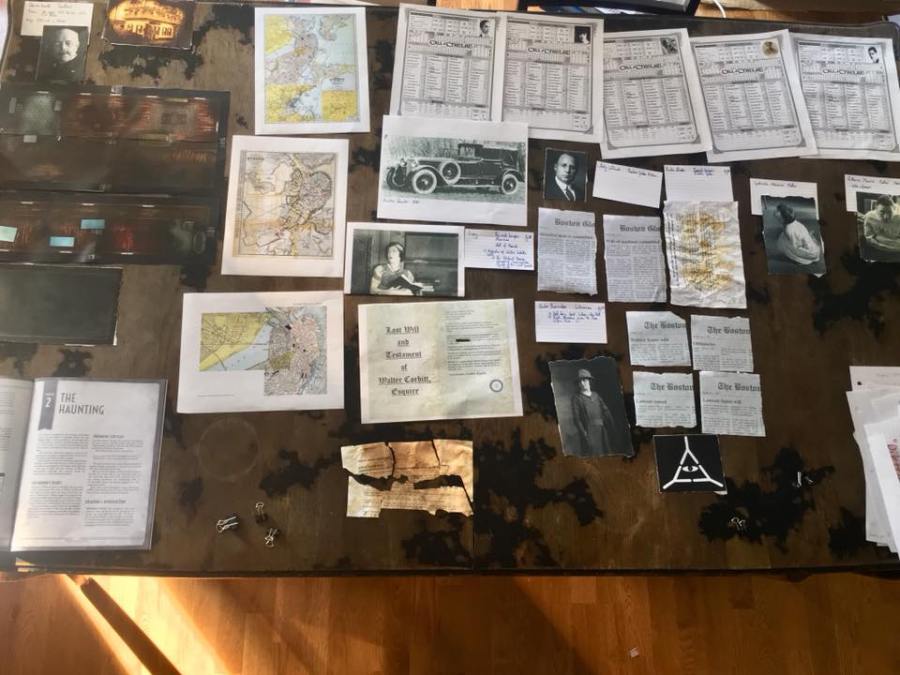 Once it’s all written consider the story from all angles, look for areas where you can add twists or surprising revelations..

Creating your own campaign 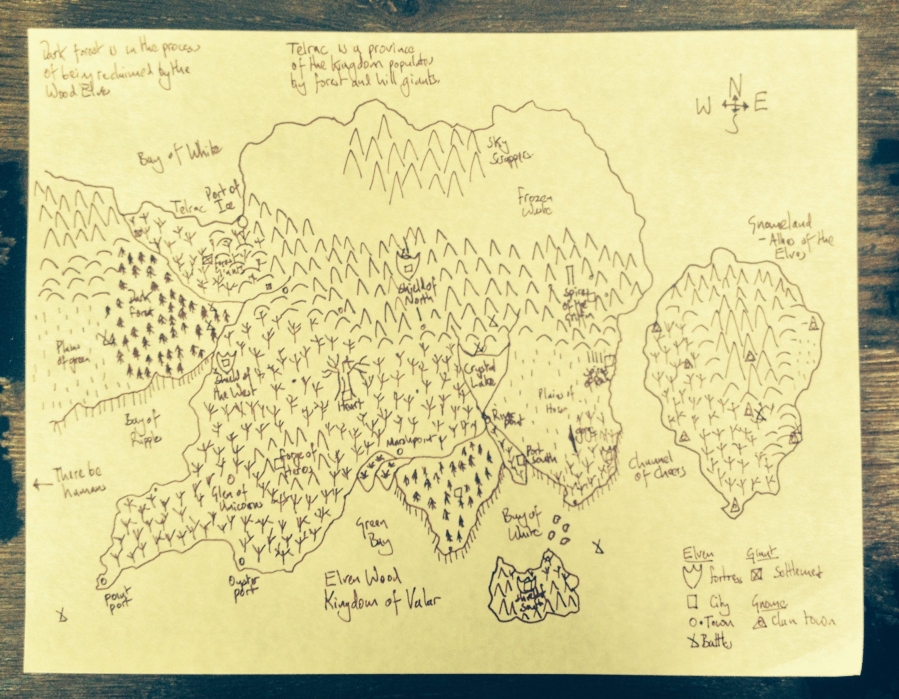 Start with a small part of the world. You do not have write a 1,000 years of history and design all the maps and extra dimensions.

Limit the Universe and slowly expand

Limit your geographic playing space. Choose a small part of the Universe e.g. a county or a town or a neighborhood in a city to start with.

Start simply. Start with small stories that are quick to complete (1 – 3 Sessions), growing to longer stories and than expand to Arcs (Several interconnected stories). Later weave several Arcs at the same time. Grow to be complex but not too quickly unless they are experienced players.

If you are playing an established Universe e.g. Star Wars, work out what you want and do not want from the Universe.

Getting good at GMing

We all start bad, whether it be we do not know the rules, or our descriptions are not inspiring or we are not good at managing our players’ expectations. Overtime you will get better and grow. You will never be prepared enough, there is simply too much to know.

RPGs I have played

What has Roleplaying given me?

In a professional sense, yeah, the real world, Roleplaying helped me evolve my Leadership Skills, Problem Solving, Conflict Management, Big Picture/Strategy skills, Story Telling for Pitches and Presentations, my understanding of Ethics and without a doubt my Empathy. All fundamental core skills for any leader in the modern world and I am a successful leader because of it (My Linkedin Profile).

It has also grown some acquaintances into friends who I care for and have shared many fun moments with. For me RPGing refreshes my soul.