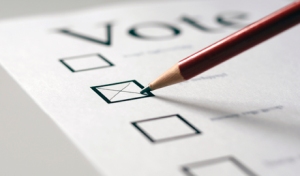 Rant… to a friend.. now even more rant like.. If you really cared, you would stand for election!

Nothing human is perfect. Can you imagine if you were doing your job and there was an anti-you pointing out every mistake not to you but the media. Yet that is what we expect of politicians. How many business people could cope with that, strike that, how many humans..

Then we expect them to make statements that they will stick with for several years, even though the world changes.. could you imagine running a business or a charity that way.. shit happens, the world changes, who believes predictions anyways.. when governments have to plan they have to account for everything.. everything.. no wonder it does not always work out..

But its so slow.. Making decisions in government takes time, because they care about the stakeholders, they have to listen and balance and often compromise between the different stakeholders, else its called a DIC TATOR SHIP..the real shit is sometimes the decisions is irreverent because the world moved on..

In the end the political system reflects its electors..

The worst part of it is as humans we tend to remember the negative ads or the decisions in hind sight were poor (yeah fucking hindsight).. who says critical thinking is dead..

Make a choice: forgive or try something new out or create a new choice i.e. you standing for election..

“The price good men pay for indifference to public affairs is to be ruled by evil men.”  Plato

P.S. The reality of spoilt votes, is no one cares. Congratulations you have actually excluded yourself from the actual decision process, just costing the election more in the process by counting and recording your vote.